The Peoples Democratic Party (PDP) has described the long-awaited address by President Muhammadu Buhari on the protests rocking the nation, as disappointing and completely disconnected from the realities of the tragic occurrences in our country in the last two weeks....

Check This Too: Pregnant Emily Ratajkowski Strips Completely N.a.k.e.d To Show Off Her Baby Bump 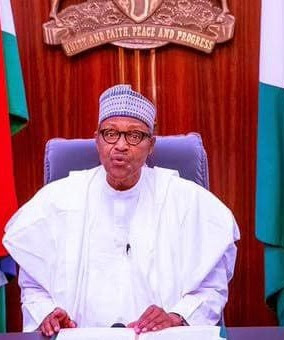 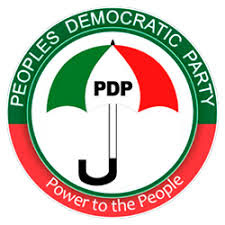 The Peoples Democratic Party (PDP) has described the long-awaited address by President Muhammadu Buhari on the protests rocking the nation, as disappointing and completely disconnected from the realities of the tragic occurrences in our country in the last two weeks.

Disclosing this in a statement signed by Kola Ologbondiyan, National Publicity Secretary, the party appealed to Nigerians, particularly the youth, to remain calm and allow a return to normal life in the collective quest for peaceful co-existence in the overall interest of our nation.

Read the full statement below:

Mr. President’s address, in the face of the turmoil witnessed, the unrests as well as the killing of young Nigerians, is to say the least, depressing and failing in empathy test.

Our party and, indeed, all lovers of peace in our country, were shocked that Mr. President glossed over the immediate trigger of violent protests – the widely condemned killing at the Lekki Toll Gate by security operatives, a situation which created a global concern and drew the attention of the world to the abuse of human rights going on in our country under his watch.

Painfully too, Mr. President, as the Commander-in-Chief, was silent on the demand by Nigerians for enquires into the involvement of the military in the gruesome killing. Sadly, the long awaited address failed to inspire any hope.

It failed to address the trepidations, the pervading hopelessness, the drifting towards anarchy and provided no concrete steps on how to arrest the situation and rein in bandits, hoodlums and vandals that were let loose to unleash violence on peaceful protesters and innocent Nigerians.

In short, from the letters of the address, there were no correlations between the fundamentals of the crisis situation that we have witnessed and the long-sought reaction of Mr President.

Furthermore, Nigerians had expected that Mr. President will provide the lead for the much- needed overhauling of our security architecture to meet the demands of professionalism and respect for rules of engagement.

Mr. President also failed to use the opportunity to further heal wounds and inspire hope by outlining a roadmap to open up the economy in a manner that will enable our teeming hard working youths to pursue their productive goals as well as address the issue of pervading hunger in the land.

However, in solidarity with Nigerians and in honour to the victims of Lekki Toll Gate killing, our party has directed that our flags in all our offices across the nation be flown at half-mast for a period of one week, beginning from Friday, October 23, 2020.

The PDP urges all men and women of good faith to join forces in praying for our country as well as working towards solutions and peaceful resolution of the crisis that seeks to envelope our dear nation.